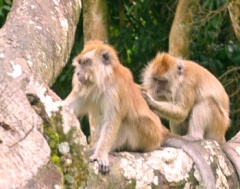 Nearly two weeks in Malaysia, and things are starting to happen. We’ve had another good week of lots of rest, sightseeing and fun times. But in a few days from now, our schedule will be packed six days a week, so we trust that the Lord knew what He was doing, when He gave us the extra time off to start with.

Since our last update we have had the chance to see more of Penang. Most of us have at some point visited Butterworth on the mainland. That is the town where the school Life Bridge is located, and we have been invited to work there. It is a school for Burmese refugee children called Rohingyas.

On our first visits we got the opportunity to clean their new building, and later help moving their furniture. But starting on Monday, a group of us will be taking turns teaching English there four days a week. As much as it is a blessing for us to go and serve at this school, their long term needs is for three teachers and a principal, so we stand with them in prayer that God will provide the needed staff as soon as possible. 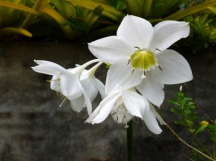 We’ve also had the opportunity for a few other outings. Some of us have been both on top of Penang Hill and in the Botanical gardens, and others have been more interested in what the city has to offer. It is definitely a country of contrasts, and we have much yet to discover.

As it has been a week of celebrations, we have enjoyed some good team times together. This past weekend the kids planned a scavenger-hunt for the adults, which ended with some very comical performances, and brought us lots of laughter. On New Year’s Eve we had a dinner together with our hosts, more games, and finally fireworks out in the park for the whole community.

At the end of our party we had an unexpected guest come by…  a ragged little puppy showed up at our door-step, scared of the fireworks and hungry for love. The women and children on the team were all heartbroken for the little thing and fussed over him with cuddles and fresh water. But as we all went to bed, the guys made the decision to chase him off. We would have kept him if we could, but it just didn’t seem right to fight for the well-being of a little dog, when there are so many people in need here.

Last week we also started serving at a homeless-ministry called Kawan (which means friend in Malay). Our jobs there will be to prepare and serve meals, meet with the people coming through, and lead a Bible-study for those who are interested in that. Today David did a Bible study about the new character we get in Christ, and several of the men asked for prayer as a result. Alex and Nicholas did a super job handing out soap and tooth-paste to those who wanted to clean up a bit, and as the men were washing, they prayed that God would come and cleanse their hearts as well.

To mention some of our other ministries, we’ll be leading kids and youth clubs on the weekends, helping out in a second hand store and join the local YWAM-ers in street evangelism, so  we’ll have lots of different opportunities to reach out in the time to come.

Finally, we have some prayer needs:

Kona boundFebruary 14, 2013
Sadly we leave to return home to Kailua-Kona